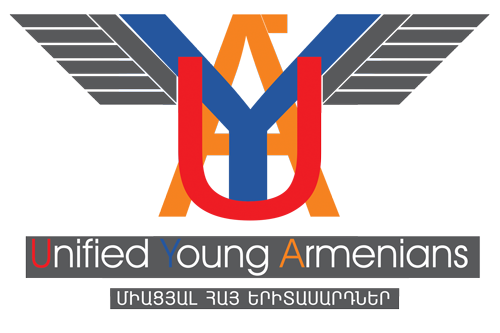 In an official letter sent to the AGCC-WUSA and UACLA member organizations on September 25, 2015, UYA officially expressed its deepest of disappointments and displeasure with AGCC-WUSA’s and its member organizations’ decision to exclude UYA, which is an independent representative of an important segment of the Community, from the Armenian Genocide Museum Board of Governance.

UYA was an integral part of AGCC-WUSA, and a reliable partner of its member organizations during the planning and execution stages of the various Armenian Genocide commemorative events and programs. The AGCC-WUSA records clearly reflect that both on the planning, manpower, and funding fronts, UYA has done as much, if not more, than many of AGCC-WUSA organizations. Yet, to our membership’s great dismay, the recent decision fails to take into consideration UYA’s input and contributions to AGCC-WUSA, its abilities, and the history of the Museum project.

During the preceding years, even though there were numerous challenges that needed to be overcome, UYA continued to remain optimistic about the prospect of continued cooperation with various AGCC-WUSA and UACLA member organizations. Yet, the decision to exclude UYA from the Board of Governance proved that our optimism was futile at best. As such, UYA is forced to once again chart its independent path.

"Unified Young Armenians" (UYA) is an independent Los Angeles-based dynamic organization made up of a dedicated cadre of young Armenians. We aim to give young Armenians a voice in the current affairs by organizing them into an efficient and capable force for change.